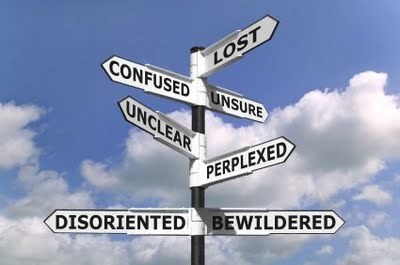 In late March of this year, the U.S. Food and Drug Administration approved a Biogen Idec drug by the name of Tecfidera (dimethyl fumarate or BG-12) for on-label treatment of relapse-remitting multiple sclerosis. This long-awaited decision comes on the heels of research trials showing significant reduction in the number of MS relapses, the rate of disease progression, and the appearance of new lesions on MRIs among patients taking the pill.

The medical and pharmaceutical communities expect this FDA approval to make Tecfidera a blockbuster drug. According to a story in the New York Times, annual expected sales of this drug are expected to grow beyond its current market of over $8.5 billion in the U.S. alone. Canada recently gave it a seal of approval as well, and the drug is currently being examined for on-label use for MS in the European Union and Australia.

Are You a Good Candidate for Tecfidera?

Whether or not you could benefit from Tecfidera will depend on where you are in the MS diagnosis process. If you already have a confirmed diagnosis of relapse-remitting MS, your doctor can tell you if you may be a good candidate for the drug. Tecfidera is not approved for official treatment of forms of MS other than relapse- remitting.

Tecfidera treatment may be a helpful drug for initial treatments in newly diagnosed individuals as well as people who have had MS for many years. Furthermore, Tecfidera doesn’t have to be anyone’s drug of “last resort”—it can be used from Day One, meaning the newly diagnosed don’t have to go through a slew of other meds before giving Tecfidera a try.

Some of the perks of the drug are its simple treatment form (an oral pill twice per day) and its lack of serious side effects. At this time, negative reactions to the drug seem to be rare and relatively mild compared to the effects of other MS treatments; most negative side effects (like flushed skin or diarrhea) tend to go away after a few weeks on the treatment. As an added bonus, the FDA doesn’t list any contraindications for the drug, although some physicians may delay or stop treatment if the MS patient has a serious infection or very low white blood cell count.

No matter where you are in terms of MS progression, Tecfidera could be a promising treatment to help you avoid MS attacks. However, individuals who are unable to comfortably swallow a pill must discuss this problem with their doctors—Tecfidera shouldn’t be crushed or chewed. The pill can be taken with or without food and drink and is otherwise a pretty low-maintenance treatment course. MS patients will start with a lower dose (120mg twice a day) and bump up to a higher “maintenance” dose (240mg twice a day) after the first week.

Just an FYI About Tecfidera

So far, the news about Tecfidera sounds like very promising for thousands of MS patients. Just to make sure you are aware of the cynical positions on the drug, however, I’ve summed up a little list of the common critiques:

• A form of Tecfidera used to be used as a spray on couches that often caused skin irritation when people sat on the furniture. (Note: It has been reformulated and has very good tolerability in patients taking the drug for MS and psoriasis.)
• No one knows how or why Tecfidera works. (Note: This is more common than people like to think when it comes to meds. Suffice it to say the experts believe it calms the immune system and has high levels of antioxidants that may protect the nervous system.)
• The drug should be more thoroughly compared to other treatments for relapse-remitting MS. (Note: The drug has been shown to far outshine placebo treatments, but thorough comparisons to other MS drugs or therapies are still needed; the ease of the drug regimen and its lack of serious side effects are already high in Tecfidera’s favor, though.)

Whether or not you choose to pursue Tecfidera as your preferred MS treatment should be decided together with your healthcare provider. No matter your decision, let’s be grateful that Tecfidera represents progress in opening the drug market to the exploration of more effective (and more livable) treatments for MS.