Sick In My Head 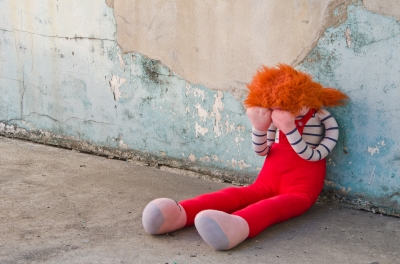 Pain is something we can all relate to. It’s not always physical. Sometimes it’s emotional. And more often than I like to admit, that’s where I seem to get stalled. I get stuck in my pain. Trapped in the spider webs of my psyche.

I wish you could see my pain. It’s a crazy sick in my head. It’s hard to describe. But when I close my eyes it becomes frighteningly vivid. Sometimes so loud, it crushes the eardrums of anyone within its range. And other times, it’s low like a faint echo in the distance. But close enough where I can feel it living inside of me. Hibernating in a carved out space within the darkest corner of my core. Where it sits and waits to release just enough venom to remind me of its presence.

Most days I am extremely content. But those times when the pain decides to strike, I can feel it spilling all over me. Running through my mind. Working its way down my spine. Harassing my entire body, from my head to my toes.

It constantly rotates around me like the earth circles the sun. Continually changing the trajectory of my life. Orbiting my spirit. Blazing a fire that burns doubts of my abilities into my subconscious. Touching every vulnerable part of my being as my mind is pushed around until it’s trapped in a corner and attacked. Leaving me to wonder. Why me? What have I done to deserve this?

The power it has over me is undeniable. Its influence causes me to compare myself to others. I keep wondering, “Where’s my wishing well? When are the fairy tales my mother would recite to me as a child going to come true?” I don’t remember Cinderella having a debilitating chronic disease. Snow White didn’t have to use a cane. Sleeping Beauty never went to the doctor just to be told, “Sorry, there is nothing more we can do for you”.

The pain is so repugnant it makes my knees tremble. So demoralizing, it feels like the devil is spitting in my face. So fearful to awaken it, I tiptoe around life issues like a ballerina toe-walking on a bed filled with razor blades.

At its worst, it strikes me over and over with blows to the gut while reverberating in my head like the saddest Sade song stuck on repeat. Turning my existence into some twisted fiction novel, strangers download to their smart phones and read as amusement during their lunch break.