“You’re going to go through tough times – that’s life. But I say, ‘Nothing happens to you, it happens for you.’ See the positive in negative events.” ~ Joel Osteen

I could feel something cold and wet underneath me. I didn’t have my glasses on, so I really couldn’t see. But I could smell blood. I haven’t worked as a nurse in years but I am still able to identify that stench.

My vision was blurry but the familiar sounds of heart monitor and blood pressure machines helped me realize I was in an ER. Luckily I remembered passing out so I wasn’t alarmed to be waking up in a hospital.

I could sense someone was in the room with me. Then I recognized it was a nurse. He told me his name and said the doctor would be right in to talk to me. I asked him what day and time it was; he said it was 6am Saturday morning. As the nurse changed my bloody sheets and bed pad, I asked if my husband, Tommy, could come in. He said there was no one in the waiting room but he would keep an eye out for him.

A doctor entered the room and introduced himself. He explained they really didn’t know what was wrong with me. My blood pressure had dropped dangerously low and I was bleeding in my catheter. I asked him when he thought I could be released? He said if everything went well, I could go home maybe by Sunday.

I am sure I sounded like a crazy person but all I could think to say was, “But I’m seeing Oprah today!” He laughed and said she would have to wait until I was doing better.

When the doctor and nurse left the room, I was all alone with my thoughts. I began to feel helpless. I didn’t have my phone, my purse, my ID, my glasses, and no one knew where my husband was.

But then suddenly, I began to think about all the things I learned and the inspirational people I met at the event only hours earlier. I thought about Amy Purdy who had both of her legs amputated below the knee. She became a Paralympics athlete and competed on Dancing With The Stars. She didn’t give up. She stayed strong. I told myself, “If she can do it so can I”.

And guess what? Thinking about her, made me feel better. 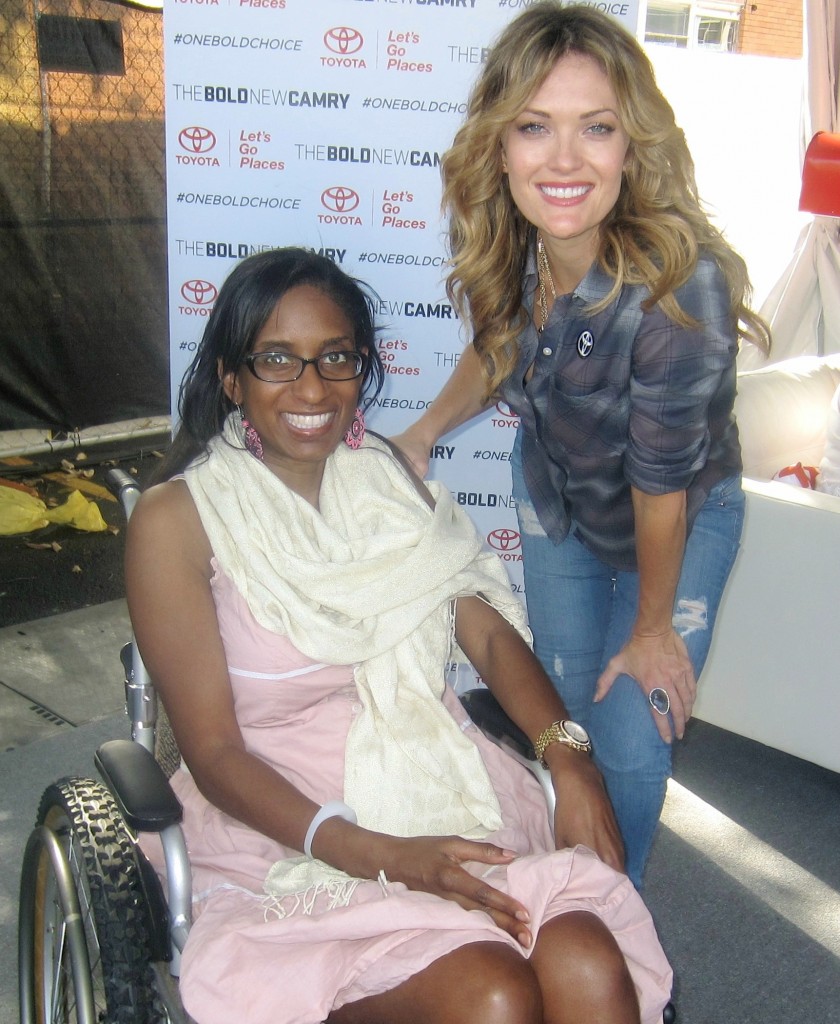 A few minutes later, the nurse came back into the room and said my husband had arrived. I later found out Tommy had gone to the wrong hospital. EMS told him to drive and meet me at a hospital near our hotel but that hospital turned us away because of a shift change. So I was taken to a different hospital. Tommy drove to the original hospital and once he got there, the ER had no record of me being admitted. So from 3am to 6am, he was trying to locate me. Thank goodness he finally did. I was so happy to see him. He also remembered to bring my eye glasses and purse.

After talking to the doctor again, we sat in the ER for two more hours waiting for my circumstance to change. We were exhausted. Both of us had been up for more than 24 hours, not counting me passing out. The bleeding had stopped and my pressure was at a normal level. The doctor told us, I would be able to leave ASAP. I was discharged Saturday afternoon. All I could think was, “Oprah here I come!”

After signing my release papers and getting dressed, Tommy helped me to my feet. As soon as I stood up, everything went black. I passed out.

When I gained consciousness, the first thing I could see was Tommy signing my readmission papers. He then told me, I was going to be moved from the ER to an assigned bed in the hospital. Once I heard that, I knew my short hospital visit had turned into an indefinite stay. To make things worse, while waiting, the bleeding started again and I began feeling light headed.

Once transferred into a room, things were a little more comfortable. My Saturday and Sunday were filled with friends visiting all day. A couple even stayed overnight. By Monday, I was ready to be home. My bleeding had stopped and everyday after that I was told I would probably leave the next day. It was always something that prevented them from discharging me. 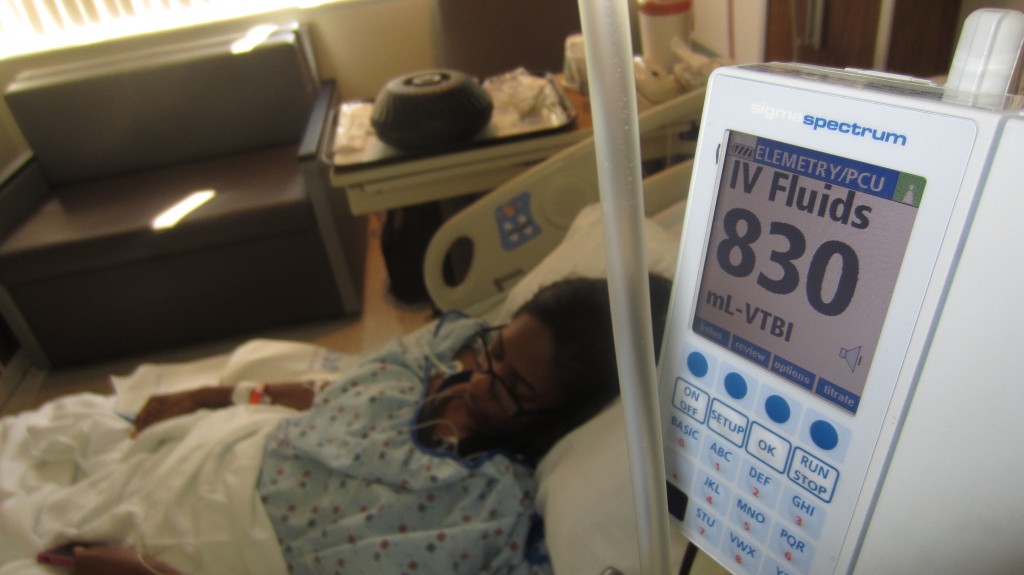 Monday my blood pressure was too low. Tuesday my heart rate slowed down too much. Wednesday my blood count was off target and I was given 2 units in a transfusion. My release was also based on my ability to handle the six-hour drive from the Houston hospital to my home in New Orleans.

Finally Thursday, I was feeling great and everything seemed to be back to normal. They gave me one last check then I was given the all clear. We drove to New Orleans Thursday night and I was so tired after the ride.

I was in the hospital from Friday to Thursday and they still don’t know what was wrong with me. But overall, if I had a chance to do it again I would. Because the good that happened on this vacation outweighed the bad.