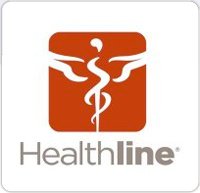 Multiple sclerosis (MS) is thought to be an autoimmune, inflammatory disease affecting the central nervous system and peripheral nerves. It can be unpredictable and in some cases disabling. But not all forms of MS are the same. To help distinguish between the different types of the condition, the National Multiple Sclerosis Society (NMSS) identified four distinct disease categories.

Four Forms
To accurately define the different forms of MS, in 1996, the NMSS surveyed a group of scientists who specialize in MS patient care and research. After analyzing the scientist’s responses, the organization categorized the condition into four primary types:

The four categories defined by the NMSS are now relied upon by the medical community at large, and create a common language for diagnosing and treating MS. The categories’ classifications are based on how far the disease has progressed in each patient.

The most common type is relapsing-remitting MS. According to the National Institutes of Health (NIH), this form affects around 90 percent of people who have MS. The NMSS provides a slightly lower estimate, suggesting that approximately 85 percent of patients have this condition at the time of their diagnosis.

While the vast majority of people with MS have the relapsing-remitting form, the NIH reports that around 10 percent have one of the three progressive forms of the disease: primary-progressive, secondary-progressive, or progressive-relapsing. Each of these three types indicates that the disease continues to worsen without improvement.

The NMSS estimates that approximately 10 percent of people with MS have primary-progressive MS at the onset of the condition, and only five percent have progressive-relapsing MS at initial diagnosis. Without treatment, about 50 percent of patients who begin with a diagnosis of relapsing-remitting MS will advance to secondary-progressive disease within a decade of their diagnosis.

When you have relapsing-remitting MS, the most common form of the disease, you may experience:

-mild to severe symptoms, and relapses and remissions that last for days or months

This form of MS progresses slowly yet steadily from the time of its onset. Symptoms stay at the same level of intensity without decreasing, and there are no remission periods. In essence, patients with primary-progressive MS experience a fairly continuous worsening of their condition. However, there can be variations in the rate of progression over the course of the disease—as well as the possibility of minor improvements (usually temporary), and occasional plateaus in symptom progression.

Secondary-progressive MS is more of a mixed bag. Initially it may involve a period of relapsing-remitting activity, with symptom flare-ups followed by recovery periods. Yet, the disability of MS doesn’t disappear between cycles. Instead, this period of fluctuation is followed by a steady worsening of the condition. People with secondary-progressive MS may experience minor remissions or plateaus in their symptoms, but this is not always the case.

In this relatively rare form of MS, people experience their condition as steadily worsening, yet also experience clear relapses in the form of acute flare-ups. In some cases, there is no recovery from these flare-ups, although in other cases there is recovery. The difference between progressive-relapsing MS and relapsing-remitting MS is that in the former type, the periods between relapses involve continuing progression of the disease.

Early MS can be difficult for doctors to diagnose. As such, it can be helpful to understand the characteristics and symptoms of MS at the time of initial diagnosis—particularly since the vast majority of people with the disease exhibit characteristics of relapsing-remitting MS.

Although MS currently has no cure, it is not normally fatal. In fact, most people who have MS never become severely disabled, according to the NMSS. Identifying MS early at the relapsing-remitting stage can help ensure prompt treatment to avoid developing more progressive forms of the illness.